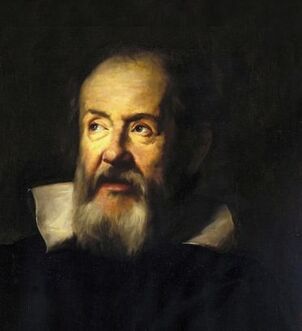 Galileo
​
To accompany a script by Clare Norburn, MSB team up with the Marian Consort and director Nicholas Renton to present a unique theatrical piece in which Galileo, near death, reflects on the significant moments in his life and work, framed with music he would have known as performer (he was a talented lutenist) or listener. Galileo's scientific genius needs no introduction: in this work we also draw on his literary and musical interests to gain insight into the great man's mind. The work was premiered at the Brighton Early Music Festival in October 2016, and we are delighted to bring it to Baroque at the Edge in January 2020.

In this reimagining of a 17th century theatrical production, MSB collaborates with stage director Karolina Sofulak to revisit the memorable Venetian Carnival evening in 1624 at the Palazzo Mocenigo, where Monteverdi's virtuosic hybrid of madrigal and opera was first performed, moving the audience to tears.
​The evening begins with a selection of madrigals and instrumental items, punctuated with topical readings of contemporary poetry; the Combattimento performers then appear suddenly (as Monteverdi instructs us) and the theatrical part of the evening begins...
This programme is also available as a concert performance.

The Maestro and the Fugitive

In a sparkling Venetian programme devised especially for Martin Randall Travel, we explore the thrilling textures of chamber sonatas for multiple strings of two great figures of late 17th century Venice: Johann Rosenmüller and Giovanni Legrenzi. They arrived in Venice via contrasting routes: the former escaping prison after a scandal in his home town of Leipzig, and the latter taking the more conventional and respectable route of a series of Maestro di Capella posts. Their string music is intricate, exciting and evocative, and in this programme we range from trios to a full 5-part texture.